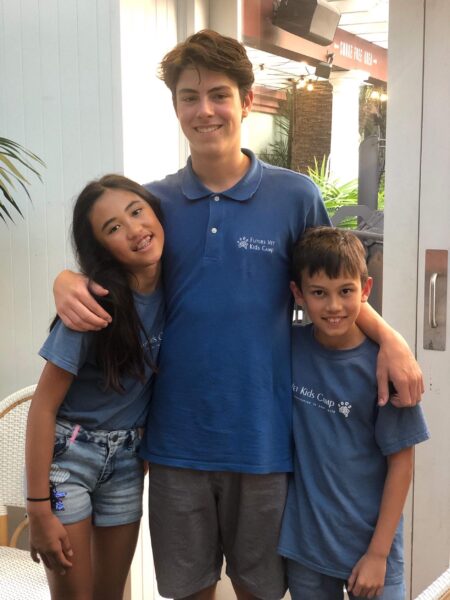 Relationships are at the heart of the Future Vet program, which is why we carefully select the instructors entrusted with the job of supervising, engaging, teaching and ultimately befriending your child.

All Future Vet staff members are selectively chosen, thoroughly screened and trained. We look for maturity, trustworthiness, responsibility, enthusiasm and plain old common sense to ensure that your child is not simply taken care of but mentored and inspired as well.

Security and personal reference checks are a must and everyone must be certified in first aid and CPR. Outside animal handlers/educators and veterinary staff are chosen for their experience and ability to instruct, educate and coordinate specific animal related activities.

Dr. Scott Bainbridge is a practicing veterinarian at his own companion animal hospital. Besides his degree in veterinary medicine, he also has an honors B.Sc from the University of Toronto in Animal Behaviour. He spent a year in the pre-veterinary course at Colorado State University and graduated from the prestigious Ontario Veterinary College in 1999. Scott made the Dean’s Honour Role each year at the O.V.C. and was the recipient of both the Merck Veterinary Award and the American Animal Hospital Senior Student Award.

Dr. Bainbridge has an interest in both Western and Eastern medicine. He is trained in veterinary acupuncture, laser light therapy and most recently, stem cell based regenerative medicine. He has appeared on several television shows including the Mom Show, Three Takes, Doctor in the House, The Steven and Chris Show and can be seen on a regular basis on Animal Planet’s Animal House Calls. Dr. Bainbridge is also the expert veterinarian for Canadian Living Magazine.

While on sabbatical in Australia in 2010, Scott fell in love with the people, the landscape and especially the animals. FUTURE VET KIDS CAMP combines his affection for the country with his passion for veterinary medicine. Outside of the clinic, he enjoys golfing, running triathlons and spending time with his family at the cottage. Dr. Bainbridge lives in Toronto, Canada with his wife and son, their dog Kia and their cat Stilton. 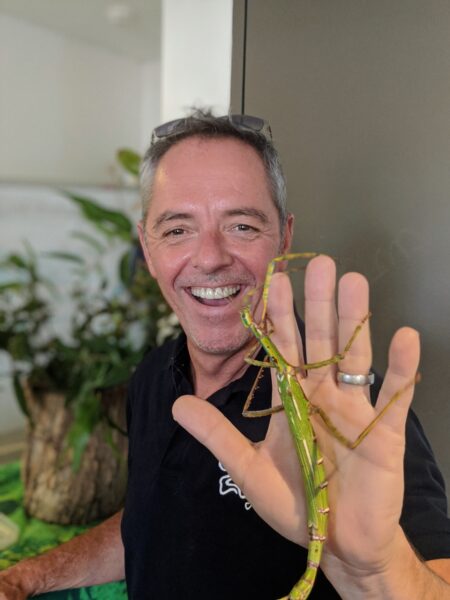 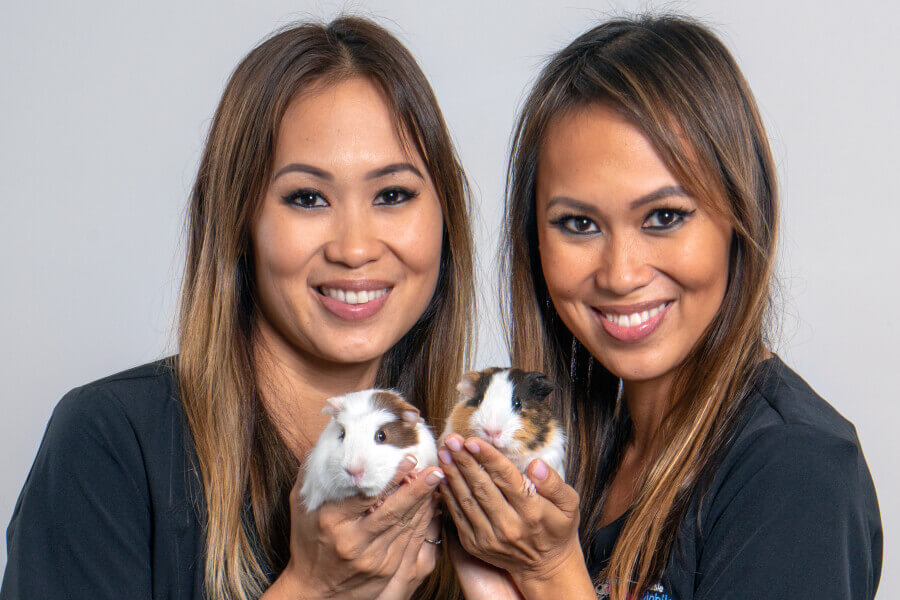 Drs Audrey & Alison Shen have been working as Veterinarians for the last 15 years. These twin sisters opened up their own purpose built Veterinary Hospital in 2007 in Sydney’s Inner West. After 9 years of running their hospital, they could see an increasing demand for a good mobile vet service and launched Aussie Mobile Vet.

Aussie Mobile Vet is a unique and professional Mobile Vet Service covering most of Sydney and now expanding into Brisbane.

As mums to four young children between them and numerous fur babies, Audrey & Alison share a love for all small animals and kids. Future Vet Kids Camp brings together both these passions and they can’t wait to pass on their knowledge to our aspiring veterinarians!

You can also catch Drs. Audrey & Alison on the Channel 7 Kids Show- Get Clever as well as on the team of the new cast in the TV show BONDI VET -Coast to Coast series airing on Channel 9

Andra is passionate about many things; not the least of which is animal welfare and education. She wholeheartedly supports the camp’s philosophy that learning about and working with animals helps develop compassion, confidence, patience, trust and a sense of adventure for trying new things and developing new skills. This is evidenced in her enthusiasm and the attention to detail she brings when coordinating all of the programs offered at Future Vet Kids Camp.

Ensuring that each child gets the most out of their camp experience, Andra goes to great lengths to ensure that all camp operations run as smoothly as possible from before registration to beyond graduation; overseeing the website and promotion, answering parent queries, sourcing an ever expanding roster of interesting venues and presenters, coordinating safe, comfortable transportation and hiring quality instructors.

When not immersed in camp life, Andra focuses on her other careers as part-time personal trainer and full-time mom to her own aspiring veterinarian, 15-year old Calum and their pets; Stilton the cat and their newest addition, a lab/husky cross named Kia. 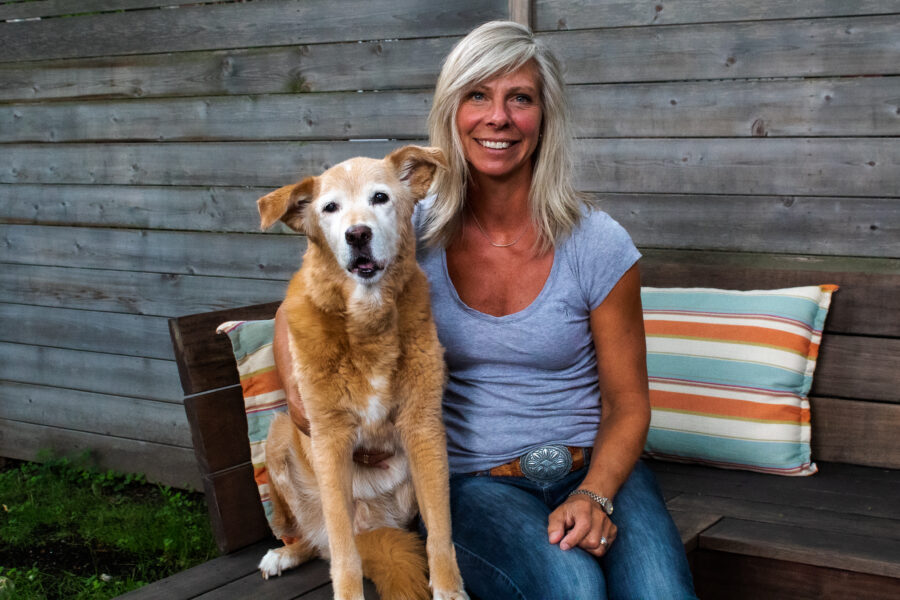 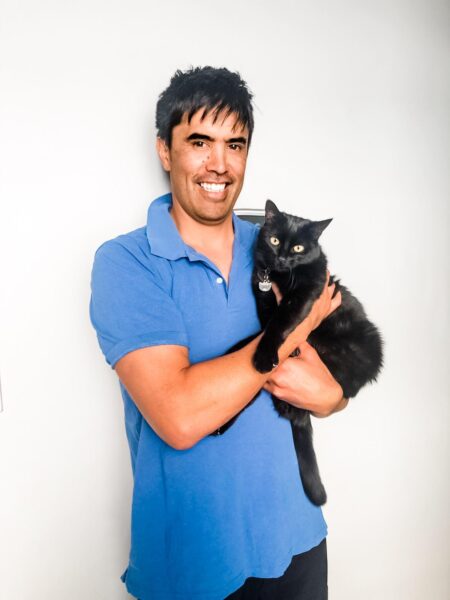 Frank is the newest member to the team and has worked with kids over the past decade. He is the founder of Sydney Trapeze School that run Circus kids camps and we are lucky that he brings his teaching experience and qualities to Future Vet Kids Camp. He has been an animal lover all his life. Growing up on a farm he has been lucky to have owned so many types of pets and learn the importance of caring for animals. Frank’s most unique pet was a baby deer called ‘Bambi’! Don’t forget to ask him all about him.

Frank helps organise the programing and excursions of all our camps and has helped launch the new locations of Future Vet Kids Camp.

Frank is the friendly voice on our phones and emails responding to your enquiries or booking confirmations.